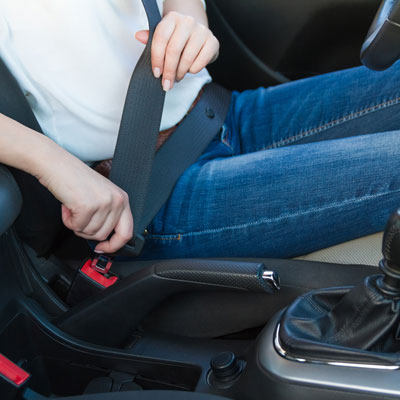 Until recently, Texas law provided that evidence of a person’s failure to use a seat belt was inadmissible in lawsuits involving automobile accidents. The Texas Supreme Court has recently changed that rule, effectively promoting the use of lap and safety harnesses in general, but particularly in the context of a motor vehicle accident. According to the National Highway Traffic Safety Administration, adult seatbelt use is the most effective way to save lives and reduce injuries in crashes.

The Court barred seat belt evidence, protecting plaintiffs from contributory negligence charges, in 1974. At the time, if a plaintiff was culpable even slightly, he or she could be barred from recovery. The Texas legislature enacted a statute in 1985 which prohibited the use of seat belt evidence, though it repealed the law in 2003.

Under the current so-called comparative negligence regime, there is no longer a concern about an all-or-nothing outcome for plaintiffs. Moreover, in contrast to 1974, Texas law requires that persons traveling in automobiles buckle up. Thus, the Texas Supreme Court determined that its old rule on seatbelt evidence is no longer appropriate.

Under the new approach, evidence showing whether or not a plaintiff used a seatbelt can be admissible evidence of comparative negligence. As a result of the Court’s decision, a $2.3 million jury verdict a family received after one of its members died in a collision will be reversed.

Seatbelts are not an issue in most car wreck cases. However, now, more than ever, it is of the utmost importance that you buckle up when you get into a motor vehicle. The shift in the treatment of seatbelt evidence is just one of the many challenges involved in recovering damages when you have been harmed in an accident. The tenacious personal injury attorneys at The Pinkerton Law Firm, PLLC, in Houston, Texas, have years of experience in all types of accident claims, including wrongful death.

If you have been injured or if you have lost a loved one in an automobile accident because of the actions of others, we will fight to get you the compensation you deserve. We will collect no fee until you collect. For a free consultation, call us today at (713) 360-6722.