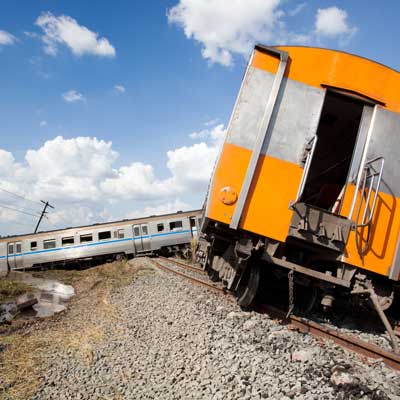 On May 12, 2015, a train operated by Amtrak derailed in Pennsylvania, resulting in 8 deaths and hundreds of injuries. Investigators determined the accident occurred when the train suddenly accelerated to 106 miles per hour, twice the legal speed limit, before attempting to navigate a sharp turn. Lawsuits filed by four of the victims allege several injuries, and many of the victims have already required multiple surgeries.

As noted by the lawsuits, the Amtrak train did not have an Automatic Train Control, a device that controls the speed and acceleration of the train. In addition to filing suit for this deadly product defect, victims have filed suit against the engineer and his employer for their role in the accident, which led to hundreds of injuries and several deaths. The family of one victim, Ellen Brody, has stated they intend to file suit for Ms. Brody’s wrongful death.

Over the past 15 years, more than 2,100 accidents have occurred at rail crossings. More often then not, when an accident involves a train moving at high speeds, the result is death or a catastrophic injury. The law allows victims of accidents to recover from the responsible parties. If you or someone you know has been injured or killed in an accident, it is important to understand your right to recover as a victim. Contact a personal injury attorney at The Pinkerton Law Firm to fight for your rights.