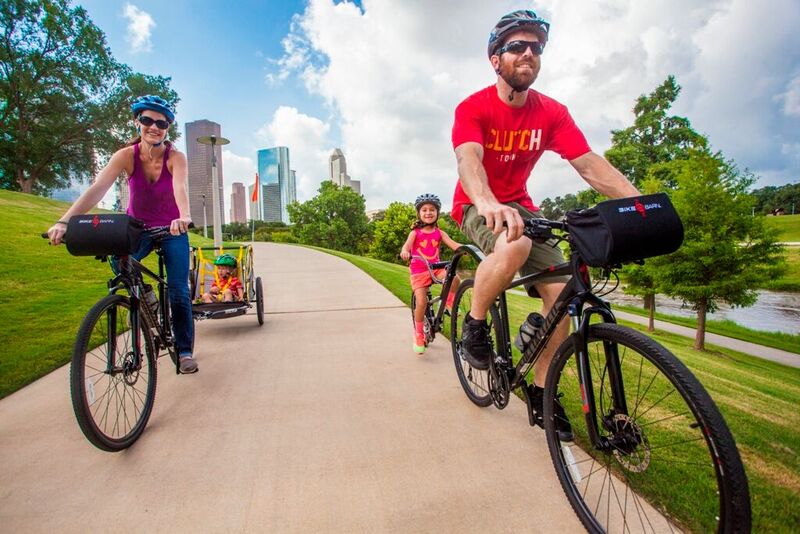 The Houston Bike Plan: A hopeful solution to a deadly problem

According to data from the Houston Police Department nearly 1,700 cyclists have been hit by cars on Houston streets since 2013. Twenty-three bicyclists have died, seven of whom were killed by hit-and-run drivers. There are many tragic examples of people who met their tragic end while using their bicycle as transportation: Miguel Marcial, 17-year-old immigrant dishwasher, was hit and killed by a law student who sped away in his BMW, dragging Miguel’s bicycle beneath his car for nearly mile; Bobby Brooks, a 56-year-old father, was run over by a school bus driver who continued as though nothing had happened; and 61-year-old Dan Hertweck, who was killed by an Isuzu box truck.

Bicyclists have been asking the City of Houston to act on this long-standing problem for years. Many people may be familiar with the “Ghost Bike” memorials around the city – there are more than 70 – which are bicycles painted completely white (even the tires) and placed in locations of bicyclist deaths. But how has the city responded to the problem? In May 2013, the city enacted a “safe-passing” ordinance, allowing police officers to issue a ticket to drivers who do not give cyclists three or more feet of space while passing them. However, despite the hundreds of cyclists have been clipped or struck by cars since the ordinance passed, a mere 32 drivers have been ticketed.

As bicycle deaths have continued to mount, the City of Houston has come up with another more comprehensive (and expensive) solution – the Houston Bike Plan. The plan is perhaps one of the most comprehensive in the country, and if it comes to fruition, cyclists will have more than 1,700 miles of safely designed bike lanes and trails. The plan, however, will come at a cost –up to $500 million over the next 10 to 20 years. Many cyclists, cycling attorneys, and city officials have pointed to the lack of safe bike infrastructure across the city as a principal reason that bicycle accidents and bicycle deaths continue to occur in alarming numbers here in Houston. Houston’s bicycle infrastructure has not been comprehensively updated since the early 1990s.

By law, bicycles on the roadway have the same rights and responsibilities as motorized vehicles. When bikes collide with cars and other motorized vehicles, however, the results can be catastrophic. Bike riders can suffer severe injury and even death at the hands of distracted and negligent motorists.

If you or a loved one has suffered severe injury or been killed during a bicycle accident, it is critical that you hire attorneys who are experienced and know how to handle these specialized cases. The Pinkerton Law Firm has successfully handled bicycle accident cases and knows how to investigate and prove these claims. Many cases involve drivers drifting over or turning and not seeing that a bicycle is to their right. Knowing how to reconstruct these cases is essential to getting the best possible recovery. We deploy investigators to look for surveillance footage and eyewitnesses who many times provide the missing piece of evidence that proves liability. We retain the right experts to explain the demands on bicyclists’ attention.

Some victims of bicycle accidents do not receive their deserved compensation for the medical expenses, pain and suffering, lost wages and property damage they endure after a serious bicycle accident. The attorneys at The Pinkerton Law Firm, PLLC, are determined not to let that happen to you. If you have been a victim of a bicycle accident, immediately contact an experienced bicycle accident lawyer at The Pinkerton Law Firm, PLLC to protect your rights and to file a strong lawsuit so those responsible are held accountable under the law for your medical expenses and suffering. The firm offers a free case review, free initial consultation, and we only get paid if you get paid.

If you have been injured in an accident as a result of the negligence of others, call a bicycle accident attorney at The Pinkerton Law Firm, PLLC for a FREE consultation at (713) 360-6722.