The Alon Refinery is in Big Spring, Texas. Due to the negligence (gross negligence) of the company, the plant exploded. It was the largest explosion in Texas history, registering as a 4.2 earthquake some 500 miles away.

Thankfully no one was seriously injured. The company said “minor damages to homes” wasn’t their problem, refusing to compensate home owners for their property damage.

Chad Pinkerton represented 120 home owners. He tried the case twice. He won twice. The jury in the second trial was 11-1 for giving a $10,000,000 gross negligence finding against the company for damages that amounted to less than $100,000.

The company settled soon thereafter, once boasting to never pay a penny. 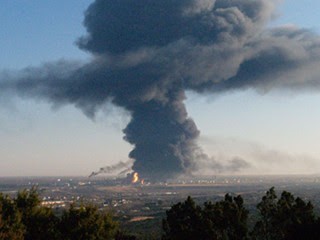 That was the best deposition I have ever seen in my career. It was devastating to our defense.